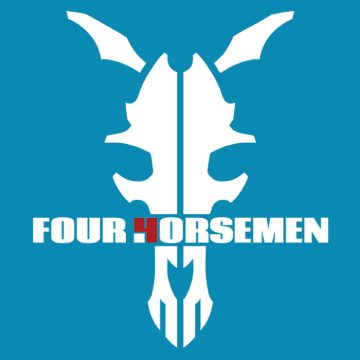 Four Horsemen Studios has created hundreds of award winning figures for Mattel for lines including Masters of the Universe, DC Universe Classics, Thundercats, The Dark Knight, Harry Potter, and Man of Steel, to name a few. They have also worked for, and continue to work for, Super7, ToyBiz, NECA, Hasbro, Sideshow, Blizzard Entertainment, Warner Brothers Studio Stores, Playmates, and others on many of the most popular fan-favorite properties.

Starting in 2005, Four Horsemen Studios began creating their own in-house properties, designing and manufacturing multiple toys from their MagmaCorps, Gothitropolis, and Seventh Kingdom lines. These properties have yielded a variety of figures that have amassed a fan base across the globe. In early 2015, Four Horsemen Studios unleashed Mythic Legions on the toy collecting world. This collector and customizer friendly fantasy line of knights, dwarves, orcs, skeletons, and more quickly became a huge hit with toy fans worldwide.