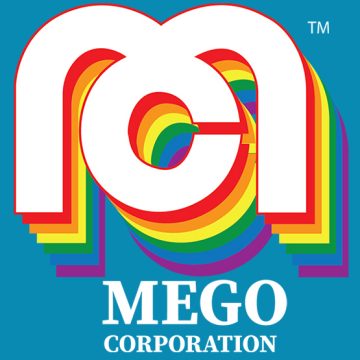 Mego was originally founded in 1954 by Dave Abrams, Marty Abrams (now commonly known as “the father of action figures”) took the helm of the company in 1971 and shifted the direction to licensed action figures which included super heroes, celebrity dolls, and Micronauts. Mego became famous for their 8” scale figures with interchangeable bodies.

Mego Corporation re-launched in 2018 with a partnership between Marty Abrams and Joel Rosenzweig, focusing on action figures and launching with popular licenses from lines such as Star Trek, DC Comics, Universal Monsters, and many more.