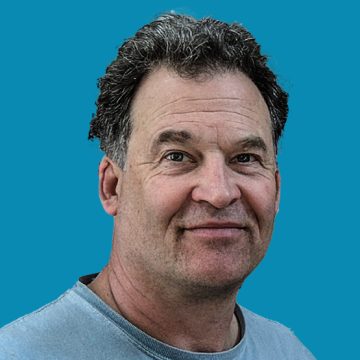 For over thirty years Tim Clarke has been inventing, designing and sculpting some of the most unusual toys to ever be marketed. He was even once known as the “King of Gross” after co-creating the Sectaurs (Coleco) and Boglins (Mattel).

Clarke started his career designing and building puppets for the Muppets. Most notable were the Mystics and the Slaves that he sculpted and designed for the movie the Dark Crystal guided by the incredible drawings of Brian Froud. He also worked on puppets for Sesame Street, Muppet Show and Fraggle Rock for which he created Traveling Matt. After Dark Crystal was launched he garnered his first toy sculpting gig with Hasbro creating the Garthim, Mystics and Lanstrider toys.